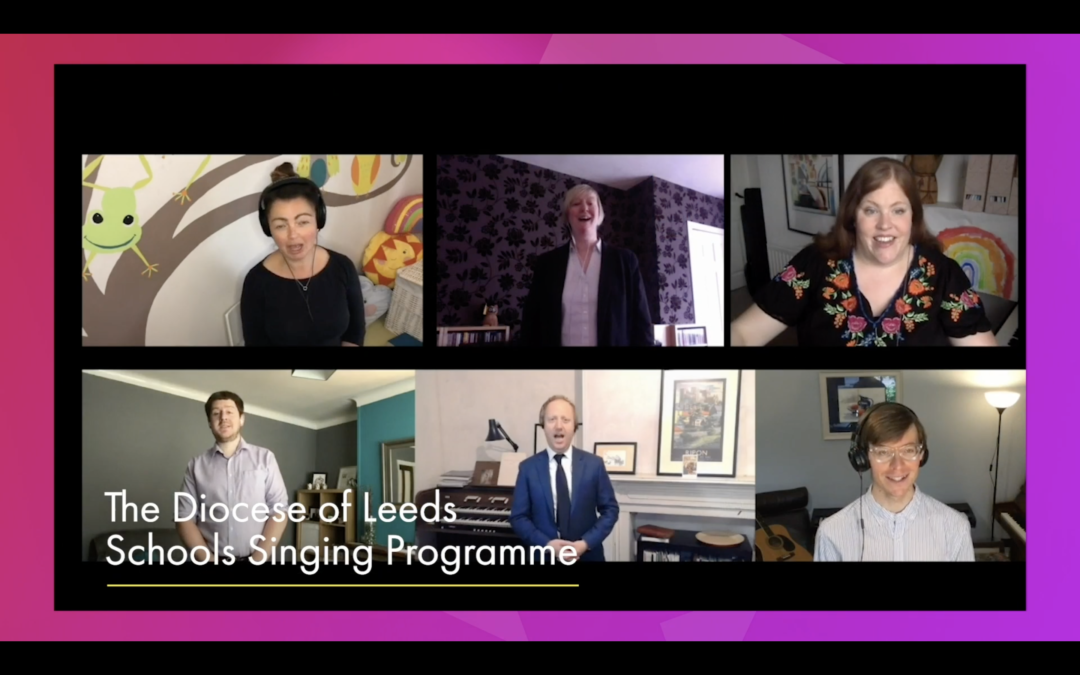 Music-lovers amongst the Great Yorkshire Public have spoken – and have sung the praises of Diocese of Leeds’s Schools Singing Programme, as for the first time ever, the Royal Philharmonic Society allowed the public to nominate musicians who had inspired them during lock-down for one of their prestigious Awards.

Schools Singing Programme Director Thomas Leech had to keep the fact the team had won the RPS Award a secret from more than 4,500 excited children whose singing lessons and choir rehearsals had been the first to go online during the first lockdown. The scheme’s seven Choral Directors are usually based between Leeds Cathedral and Catholic schools across Yorkshire, but when the pandemic prevented them from teaching in person, they quickly launched lessons on You Tube. From the safety of their own homes, the young singers have barely missed a beat, keeping engaged musically and socially, much to the relief of teachers and parents.

The Singing Sessions were structured to fulfil the needs of the school curriculum, but also involved the wider community. By recording their voices individually which their professional Choral Directors then edited together, the young people were also able to sing on BBC Radio 4. They also broadcast ‘Hymns at Home’, leading a Songs of Praise-style subtitled singalong for thousands of parishioners across Yorkshire to join in with.

The Royal Philharmonic Society celebrates the treasured role that classical music plays in people’s lives. Diocese of Leeds Music’s Decca Classics-sponsored RPS Inspiration Award was presented this week at a ‘virtual’ Awards ceremony live from London’s Wigmore Hall, and there will be further coverage of the RPS Awards on BBC Radio 3 at 7pm on Monday 23 November.

Written by: Rowan Morton-Gledhill, Director of Communications & Press Secretary to the Bishop of Leeds, Diocese of Leeds

You can find out more and watch the 2020 RPS Awards here.