The original organ was manufactured by one of the most eminent English organ builders, Norman and Beard, and was built specifically for the Cathedral in 1904. Following a period of silence of around 30 years, Johannes Klais Orgelbau were chosen to reconstruct and enlarge the instrument to serve the requirements of the restored cathedral and new position of the choir.  The organ was built in the workshops of Klais in Bonn, and transported to the Cathedral in July 2009 to complete the work in situ over a six month period. The project was under the supervision of Benjamin Saunders and David Sanger.

The tonal style is English Edwardian, and so all the historic 1904 pipework has been carefully restored on its original chests, with new pipework matching the original materials and construction methods. The organ now has seven divisions, controlled from a four manual console with 78 stops, and features a unique new system of allocating manual departments to keyboards.The inaugural concert was given on 16th May 2010 at 3pm by Benjamin Saunders.

• The Klais website has an article on the Cathedral organ here.
• There is a colour magazine feature here .
(© 2010 Organists Review)
• A printable copy of the specification and description of the organs can be found here.
• Organ recitals in the Diocese can be found here. 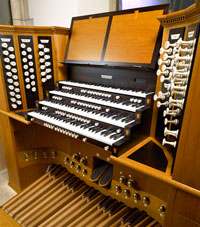 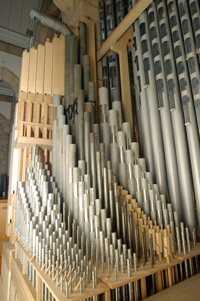 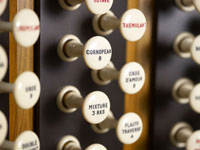 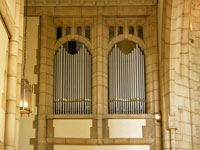 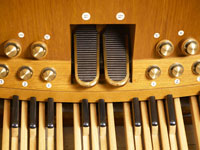 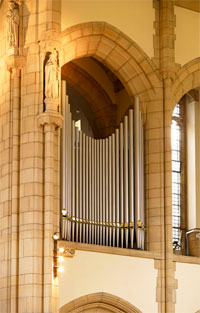 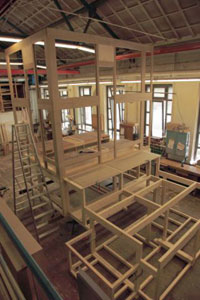 This small box organ was manufactured by Peter Collins in 1992. It is a portable instrument and is usually located between the choir stalls in the Sanctuary. It is in daily use to accompany Gregorian chant. 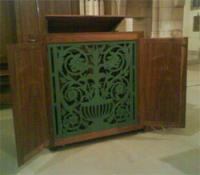 Our Director of the Schools Singing Programme @thomas_leech - together with @StPaulsLondon OBE Organ Outreach Fellow @tom_daggett - spoke at the @_cathedralmusic conference today about access, partnerships and excellence growing from sustained foundations in church music.

Thanks for featuring! We've loved hearing the other choirs in your digital Advent Calendar as well...🎶🎵🎵🎶

The Diocese of Westminster has joined the National Schools Singing Programme, an initiative designed to enhance music programmes for children educated in Catholic state schools.In his message, Cardinal Vincent said,‘I thank the Hamish Ogston Foundation for giving young people in the Diocese of Westminster the opportunity to participate in the National Schools Singing Programme. 'Making music allows us to give joyful praise to God, reminding us that all beauty comes from God and takes us to God. Singing builds team work and makes us attentive to each other. I am sure it will help our young people to know the beauty and joy that music gives to our everyday lives.’Find out more about the NSSP at www.nssp.org.uk/ ... See MoreSee Less

We are delighted to welcome David Grealy to the department as Assistant Cathedral Organist.After taking a first-class honours degree in music from the National University of Ireland, Maynooth, he has held prestigious appointments at Westminster Cathedral, St Bartholomew's (Anglican) Church, Dublin, and St Mary's Pro-Cathedral, Dublin. In 2017, he completed a master's in organ performance at the Hochschule für Musik und Tanz, Cologne, and worked as a church musician in the Catholic Parish of St Peter & Paul, Ratingen.Before joining the Diocese of Leeds Music Department, David was based in Dublin, where he was in regular demand as a performer and accompanist.We look forward to a long and happy association with David! ... See MoreSee Less